Environmental awareness is currently part of the programs and projects of the global agenda of media, companies, press, etc. The world needs more good actions from every participant of our societies and many brands and campaigns know how to act for the well-being of the future. Today, we bring for you some campaigns about climate change; see which ones really stood out from the rest.

Following environmentalist Bill McKribben’s mantra that ‘if it’s wrong to wreck the climate, it’s wrong to profit from that wreckage,’ the Fossil Free campaign calls the attention of public institutions, such as universities and churches, to stop using fossil fuels. 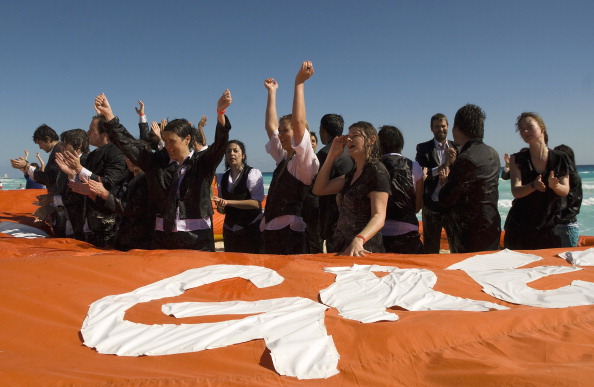 Rafa Hacker: Members of Greenpeace and Tcktcktck making a performance in a beach

Reforming policy is crucial to stop climate change, so Greenpeace and TckTckTck teamed up in 2009, they had their eyes firmly set on leaders attending the COP 15 conference in Copenhagen.

Another memorable ad from WWF: ‘Stop climate change before it changes you.’ The campaign depicts an uncomfortable reverse-evolutionary world, and the images of the campaign launched in 2008 remain one of its most hard hitting. 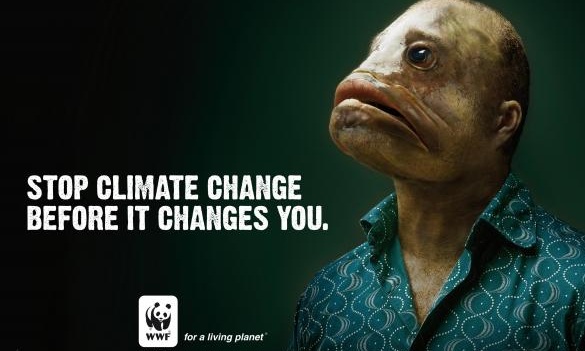 Very rarely do organizations hand over creative control to students from around the world, but Connect4Climate did just that with its iChange competition.

Over 600,000 people have joined GetUp!, Action for Australia’s movement to make democracy participatory. One of its biggest campaigns is a bid to protect the Great Barrier Reef. A recent petition to their federal environment minister has attracted some 120,000 signatures.

There is no denying that WWF has produced a staggering number of climate change campaigns over the years, featuring evocative images from displaced seals sleeping on park benches to Tarzan swinging across a barren rainforest. The one that has lodged itself firmly in Julie Mollins’s mind is the picture of a shadow where a tree once grew.