Pedophilia is an abnormal or unnatural attraction also defined as the fantasy or act of sexual activity with prepubescent children. The problem of pedophilia is that this type of sexual practice is not approved by one of the parties. Historically, for example, child abuse was not associated necessarily to abuse; in ancient Greece, it was the simple relationship between and adolescent and an adult. So, it is important to know: how did this started to be considered a problem? What are the causes of pedophilia?

According to the Dutch neurologist Dick Swaab, pedophilia can have various causes:
When an adult suddenly feels a pedophile interest may be due to a brain tumor in the temporal cortex or hypothalamus. A change or sexual orientation has also been described after conducting brain surgeries to cure epilepsy, during which the front temporal lobe was removed. Then you can originate a sexual disinhibition known by the name of Klüver-Bucy syndrome. Pedophilia can also be the result of brain infections, Parkinson’s disease, multiple sclerosis and various forms of dementia (including frontotemporal dementia) and brain trauma. However, these cases are not typical. Probably in most cases there are genetic causes as well as the interaction between sex hormones of the fetus and the brain before birth.

The Problem of the Clinical Trial 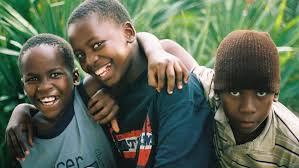 All brain studies have been performed with small and unrepresentative samples of pedophiles because, after all, most pedophiles know how to control their impulses, do not commit crimes and are either under study. Breaking the taboo of such research could provide information about these factors and about the best way to control impulses and prevent relapse or reoccurrence.

In this manner, much suffering would be prevented for everyone involved. This also applies to women pedophile. The myth that women are innocent in relation to pedophilia is obsolete. Child sexual abuse by women is often reduced to the cases of mothers who abuse their own children. The victims are usually girls with an average age of six years. Mothers often come from poor areas, lack of education and suffer many psychological problems such as mental retardation, psychosis and addiction.

Child beauty pageants show young models that behave as adults, even winking with sexual attitudes, and they are prevalent in some US states, as well as shown in films like Little Miss Sunshine. In Japan, for example, is not surprising to find adults who acquire magazines with minors posing. Even if we do not know a certain biological reason, girls reach puberty really fast, and in smaller proportion, some of them have their first period at short ages. Girls are becoming adults, and aesthetic consumption of their bodies seems pseudo accepted in many Western countries –in other, child marriages are legalized-.

Some proponents of sex with minor consider whether the act is pleasurable for both, and then there must be no penalty, arguing that post-trauma cases are just myths exaggeration (or product of the society, which regards such unhealthy practice and creates this prejudice to the child.)

Anyhow, depending on how we define the terms “pedophilia” or “child sexual abuse”, the numbers are alarming: between 5-25% of girls and 5-15% of boys suffer some form of sexual abuse, usually before the age of 11, according to a study by Kevin Gorey and another study by David Finkelhor. Most of these abuses are committed by friends or relatives of the victim. Most abusers are men and 5-10% are women.