Child sexual abuse is defined as all sexual activity –violent or not- between an adult and an under-age person when the first one exerts power over the child either by force, coercion or persuasion. This act is not only a crime punishable by law, but also an action that can probably damage the personality of the victim forever, with all the problems involved. Relevant data shows that one in four girls and one in six boys are vulnerable to sexual abuse before reaching adulthood, and many children remain silent about these abuses.  About 65% of all victims of sexual assault reported to law enforcement agencies were juveniles (under 18) and 34% of all victims were under 12 years old. Organizations such as CPIU, in charge to educate and help people about this important topic, state that one of every seven victims of sexual assault were under six years old. 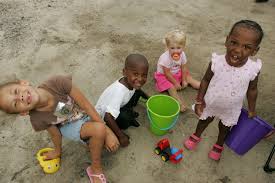 Children deserve to enjoy their childhood

Start to prevent by: